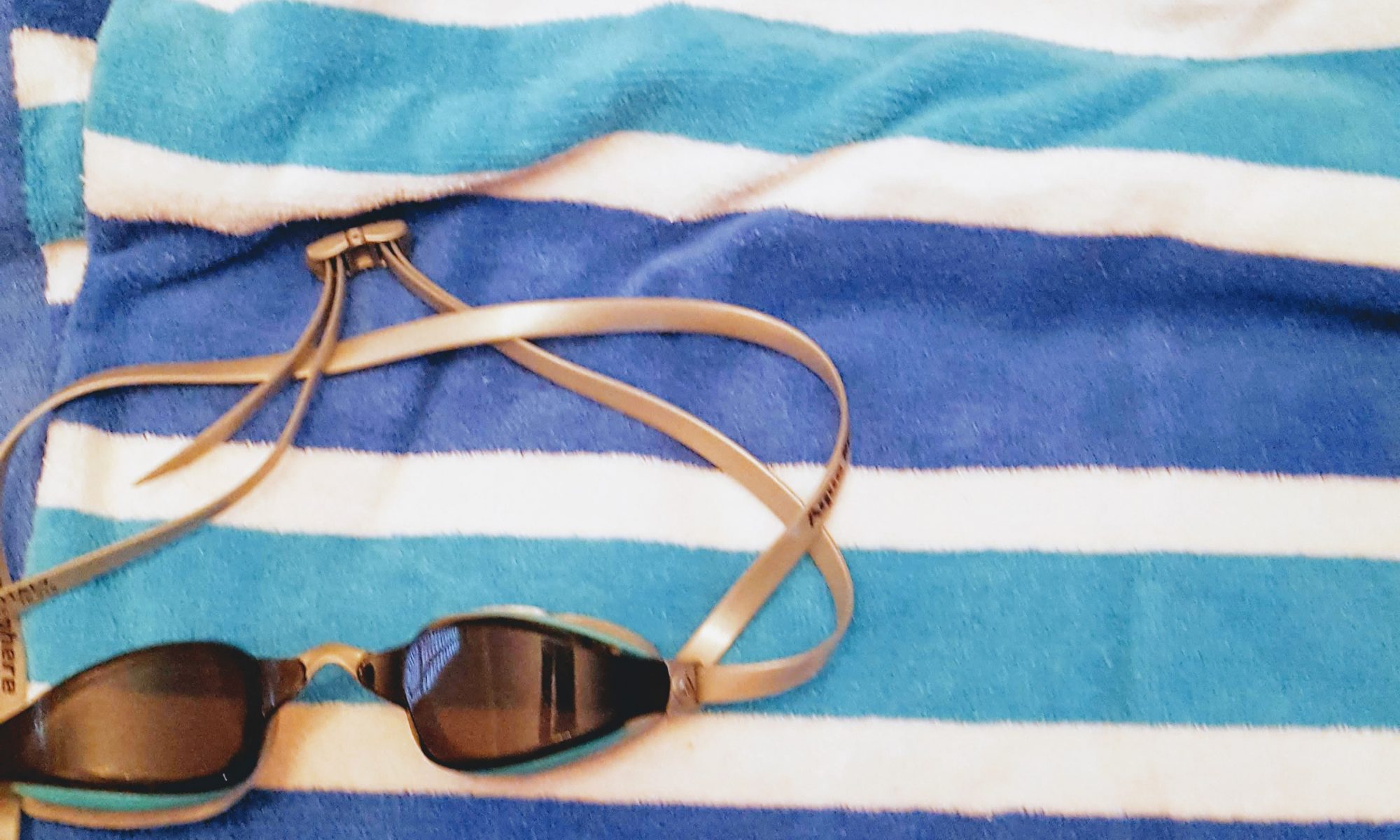 It’s any Tuesday afternoon in June and I’m at the pool at the gym with the grandkids. “How do you do that?” Cali asks after I swim a few strokes, and I’m confused. All of their other grandparents have pools in their backyards; these kids have been swimming forever.

“Go under water without holding your nose,” Cali explains, in answer to the confused look on my face. The oldest, she’ll be a sophomore this year. The other two, a rising freshman and rising seventh grader, move in, curious to hear the answer.

in the classroom when a student asks a basic question about something you’ve “just known” forever;  I have no idea why I don’t get water up my nose while I’m swimming. I go under water and take a few more strokes, trying to notice what I’m doing.

“I blow bubbles,” I tell them, and we head to the edge of the pool. Some buried childhood memory of holding onto the edge and bobbing is surfacing, and I try to explain how it works. I’m doing a bad job, and they aren’t buying it.

And then, in exactly the way my life has been going since this past March, a swimming teacher appears by the side of the pool. She suggests they hum. That does it, and after a little more coaching from the generous swim teacher, they are blowing bubbles and experimenting. Their hands, newly freed from nostril-pinching duty, are free to wave about in moves that resemble swimming.

Let me step back

for a moment to make sure I’ve made this clear. I was trying to teach the kids to swim, and a swim teacher appeared at the side of the pool.

Moments exactly like this one have been flooding my life for the past four months. I don’t mean to suggest that my life wasn’t already blessed before we decided to yank ourselves up by the roots and drive across two time zones; it’s just that, lately, the blessings have been remarkably specific, obvious, and well-timed.

It has been wondrous and just a little bit scary.

And of course, my gift of near daily small miracles stands in stark contrast to how life has been going for so many other people. When I started this essay, twelve little boys were stuck in a watery cave and immigrant children were being separated from their parents. While my essay languished, neglected as I focused on packing, a duck boat capsized in Branson, record high temperatures and flooding ravaged Japan, and fire tornados raced across California.

All over the world people are suffering, and if I so much as need a swim teacher, one appears.

what to make of that phenomenon yet, so I’ll just let you know what else has been happening. On Friday, the movers came and whisked our furniture off to a warehouse in Austin, where it will live for the next few months while we gradually wend our way east. They were gentle with our things and left us feeling fairly confident that we’ll see them again.

On Saturday, we took the grandkids back-to-school shopping. Big mistake. School starts a week from tomorrow, it was tax-free weekend, and everyone who lives in Albuquerque plus most of the people in Grants and Roswell and Tucumcari were at Coronado Mall. Lines for fitting rooms and check-out counters snaked around end-caps overloaded with backpacks, t-shirts, and pencil cases.

I should admit that I made that last one up. I didn’t see a single pencil case, but I feel like I should have. There’s nothing like a new pencil case full of  freshly sharpened #2 Ticonderoga pencils to get the school year off to a good start.

Luke,  who does not love shopping with his big sisters, found a bunch of things in the first few minutes. The rest of us decided to skip the crowds and try again later in the week.

So, that’s the latest installment

in How I Spent My Summer Vacation. After that whole month of not writing, you might think I’d come back with essays that are less prosaic, more moving, and brimming with pent-up wisdom, but I’m  going to have to disappoint you. This whole cross country move seems to be grounding me in the literal.

There’s just this one thing. When we picked the grandkids up on Saturday morning, Aurora’s hair was purple and Cali was wearing a t-shirt I’ve never seen before. “Everything is grace,” the shirt said.

3 Replies to “Swimming With the Grandkids”