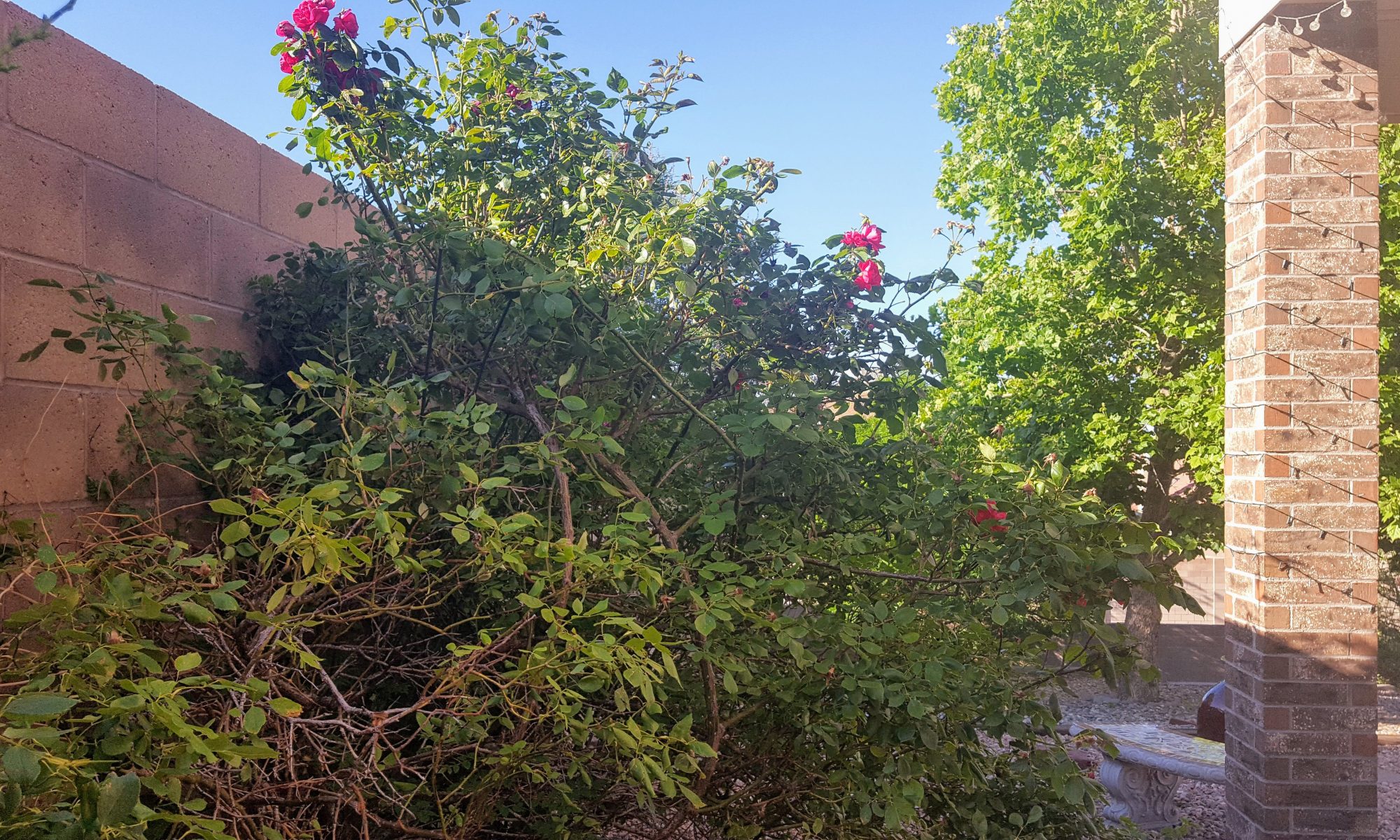 My oldest granddaughter is learning to drive. She fiddles with the levers under the seat to adjust it just so and backs out of the driveway. Her shoulders are up around her ears, and I have to coax her to relax a little.

Her eyes are glued to the pavement right in front of her. I encourage her to  sweep the road with her eyes, to glance in the rearview mirror. It’s as though she is somehow paralyzed and in motion at the same time.

When I was learning to drive

someone told me to “Aim High in Steering.” It must have been a heading in the Pennsylvania Drivers’ Manual, because it’s been running through my head like a chapter heading ever since Cali first got behind the wheel of my Subaru a few weeks ago.

Today she wants a bigger challenge, so we head down Golf Course and hang a right on Montano. We’re heading for Unser, where the road cuts through the petroglyphs and intersects the far west stretch of Paseo del Norte.

The road opens out as we cruise past the volcanoes and the Double Eagle airport. The city falls away to the east, and if you aim high in steering, all you see is desert road unravelling before you. Cali takes the curves gently and doesn’t panic as impatient drivers zoom by on her left.

but for some reason, I channel utter zen cool when someone is learning to drive. My step-daughter still jokes that when I taught her, I would say, in a matter-of-fact tone, things like, “You might want to tap the brakes now before that semi flattens us.”

I can’t explain it, but nothing Cali does really throws me. She’s doing fine, other than the fact that she doesn’t quite get the idea of stopping gradually as you come to an intersection. (“You might want to brake sometime soon,” I say a few times.) I don’t even flinch when  we hang a left and she turns into the oncoming traffic instead of the right lane. “Go to the right,” I say a few times, and she does. We don’t even have to hop the median.

My point is that while she’s cruising the desert, I have time to think about aiming high in steering. If I remember my Drivers’ Ed right, I think the idea is to pay attention to what’s happening up ahead, to lift your gaze beyond what’s right in front of you so you can anticipate problems before they happen.

It might be the advice Cali needs as she stares straight ahead, but for some reason I haven’t passed on this particular nugget yet. (“Ease off the gas when you see brake lights,” and “If there’s a ball rolling into the road, there will be a child”–these are the ones I’ve told her.)

so lizards are skittering up the back wall and the roses need a good dead-heading. Cali pulled uneventfully into the driveway after chalking up another hour and a half in her driving log, and I’m still chewing on”Aim High in Steering.”

Is it the opposite of living in the moment? Usually when I hear kids planning out their whole future, I cringe a little. I know teachers are supposed to be in favor of setting goals, but so much of what teenagers are planning comes from other people’s goals and expectations for them.

Most of them haven’t found that thing that makes them vibrate yet; or, if they have, too often they have to set it aside  to jump through all the other hoops we put in front of them and call school.

Live now, I tell them. You’ll figure it out. Life will ask you questions and you’ll build a life by answering them.

come October I won’t live here anymore. I yanked my gaze out of the present, and now I’m learning to drive into a different life. When I first made this decision, a friend told me that “the universe rewards boldness.”

It sounded encouraging, but I didn’t know what she meant until it started happening. Barriers, stress points, uncertainties–all those things are just evaporating. I’m aiming high in steering, and friends keep running out into the road ahead to clear the way.

This afternoon when I was trying to figure out where this post was going, I pulled The Art of Possibility off my shelf. In Chapter 8, “Giving Way to Passion,” the Zanders quote Martha Graham. She says, “There is a vitality, a life force…that is translated through you into action, and because there is only one of you in all of time, this expression is unique. And if you block it…it will be lost.”

There’s a lesson there,

I think. Once upon a time, a Buddhist nun asked me to wash some special glasses. They had belonged to her parents, she told me. I washed them carefully, dipping them in the soapy water one at a time. As I placed the last one in the drying rack on the counter, I missed the peg, and it shattered on the tile floor.

I felt terrible, knowing that the glass was important to her. When I told her what had happened, though, she said, “It is the nature of glass to break.”

Back in January before I threw my whole life up into the air, I wrote, “It’s madness not to be who you are.” What I didn’t know then is that when you step deeply into who you are, into your unique nature, you step into energy, into Graham’s “life force.” It turns out, that force has (is?) a momentum all its own.

So that’s what I know as June warms up the lizards on the back wall. Cali is about eight hours into her life as a driver. Next time we go out, I think I’ll tell her to aim high in steering.

Right now, though, the rose bush is shouting for attention, so I’ll stop here. I’ve got to get out the clippers and make way for some new things to bloom.

As always, feel free to share this post and invite your friends to check out LiveLoveLeave! I’d love to hear from you.