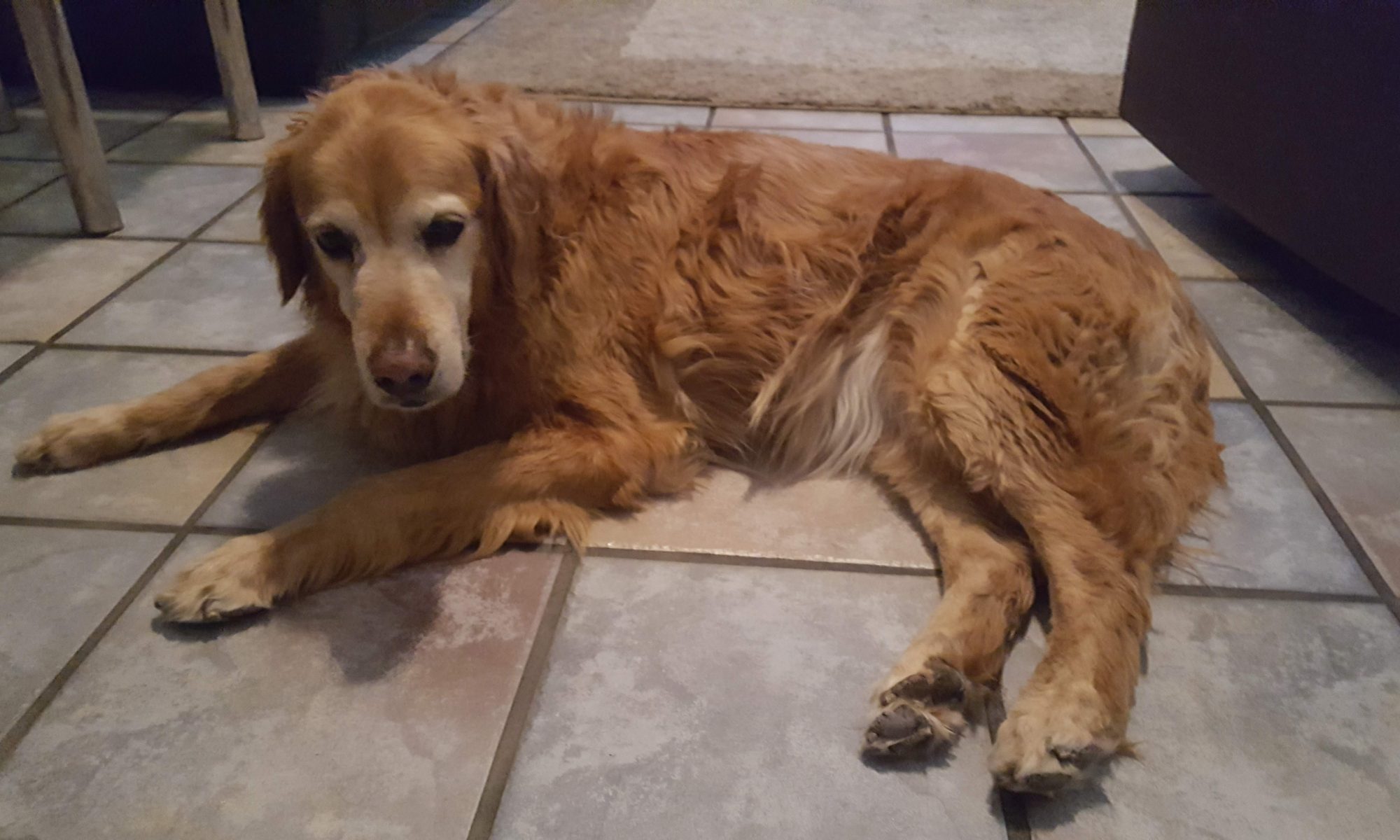 I’ll tell you about some dogs I’ve known, but first I need to make some excuses. Last week I was ahead of the game. I wrote a full draft of a post on Sunday afternoon, so when Monday got busy, I didn’t worry. I figured I’d revise Tuesday morning, post my essay, and call another week of blogging a success.

That plan worked great until Tuesday morning, when I reread my essay and couldn’t stand it. I’m not sure what was going on in my head. I’ve fought that “it’s not good enough” demon many times before. Every other time, though, I’ve managed to wrangle my ideas into some sort of small truth, hold my breath, and press the “Publish” button.

Tuesday morning, I couldn’t even stay in the game. I bailed. That unrevised essay is sitting abandoned in my “drafts” folder, where it might just live out the rest of its days. “It will be ok,” I told myself. “I can still post something later this week.”

Then Wednesday, I got sick. By Thursday evening my eyes were streaming, my nose was dripping, and I felt like I was breathing with lungs full of honey.

So, as I languish on the couch not writing next to a full box of Kleenex and an empty box of Kleenex that I’m using as a trash can, Fred says what he always says when I say I’ve run of things to say.

“Write about dogs,” he says. “Or dead people. People like that stuff.”

that way, and through my coughing, sniffling, chills, and fever, I’ve been thinking about all the dogs I’ve known.

I’m not counting the Farrell’s Lhasa Apso that barked ferociously from the top of their stairs and made me afraid to feed him. Or Pepper, the Watchen’s lab who I sometimes watched for a weekend when they went away.

I’m talking about dogs I’ve known like Benny the Beagle. He was the first dog. I didn’t want a dog. Then Fred and I went to dinner one night and as we ate, he told me stories about the dog that slept under his crib when he was a baby.

We went home that night with Ben, whose sole talent in life was to look soulfully into your eyes until you gave him food. My father-in-law used to cook him steak, and eggs, and chicken. (On the same day–that was breakfast, lunch, and dinner.)

Many years later, when Peter and Ben were both much older, they would sit together on the couch watching tv and eating peanuts out of a giant can.

(and this part is still a little fuzzy), we got Annabelle.  She was a puppy when we got her. I remember that we used to say, “No, Ben,” a lot, but take it from me: “Just say no” doesn’t work any better as birth control than it did with drugs.

So for a little while, I knew a bunch of beagle puppies. In those days, we still had the waterbed Fred owned when I first met him. That’s where Annabelle went when it was time to bring her babies into the world. Let’s just say that wasn’t an ideal choice for any of us.

Of all the dogs I’ve known,

I remember three of those puppies. Our friend Ed and his wife and four kids came to visit as the puppies were just getting old enough to give away. Ed didn’t want a dog. No dogs allowed. He absolutely didn’t want a dog.

On the last day of their visit, we went shopping for a crate so they could take their puppy on the airplane. Sherlock was a beloved member of their family until he died happily, many years later.

I also remember the puppy that didn’t make it. I held him in my hands as Fred drove to the vet. She said some things I don’t remember, and then I held the puppy as she inserted the needle. I remember watching his heart go from beating to still. Outside Fred leaned on the hood of the car, and his whole body crumpled in one lone sob.

The last puppy I remember is CT, or Lester Crooked Tail, to be official. He was born with a gimpy tail and an opportunistic bent. Fred’s dad Peter didn’t think the dogs should be alone when we went to work, so a few days a week, we’d drop the dogs at Grandpa daycare.

CT knew a good thing when he saw it. While the other dogs romped and rollicked like normal puppies, CT glued himself to Peter. Sure enough, he got himself adopted by the man who cooked meals for his dogs.

when we sold our house and built a house that was big enough to live in with Fred’s parents, the beagle family was reunited. My sister Clare (not a dog person) once described Ben, Annabelle, and CT as furniture that followed you around.

While I’m thinking about it, Clare is the only person I’ve ever known whose houses come with pets. Every time she moves, there’s some animal that “comes with” the house. Bentley, who came with her house on the hill in West Virginia,  is another dog I’ve known.

He lived on the land at my sister’s before she moved in. He moved over and made some room for them and slept on their porch for years. When I’d visit, I’d feed Bentley ham and he’d let me brush him, much to my sister’s surprise. I was sad when I learned Bentley died. He was a good dog.

When Ben died, I learned that dying is something that happens to your mouth. Ben had been slowing down, hinting that something was going on, for a few weeks. Then, he rebounded. For a full week, he ran up and down the stairs and  followed us all around the house.

Then one afternoon, he lay down for a nap in the sun near the back door and didn’t wake up. You could see it in the funny set of his mouth.  CT died under a table in the living room. Annabelle was harder. She didn’t want to die. By the time we took her to the vet, she was so obviously close to dying that we wished we hadn’t taken her. I held her head and she was gone.

Other dogs I’ve known include Snow White, who smells bad and sits on my lap when we watch her. And Circuit, who pushes Rusty away and flops his crook-eared head into your lap, pledging affection without a price tag.

And then there’s Rusty.

Rusty has always been more person than dog. He worries a lot. Change unsettles him. He watches tv and barks at the animals, even if they are fake animals. Every time. I’m talking to you, Geico gecko. And you, Trip Advisor owl in your bathrobe. Rusty knows you’re up to no good.

Lately, Rusty has been having a lot of trouble standing up. His back legs aren’t working so well. We tried going up to bed without him, but he’d wake up after an hour or so and bark from the bottom of the stairs. Now we sleep downstairs in the guest room.

Rusty has an appointment at the vet on Thursday, and I’m hopeful that there will be something she can do to help him get more mobile again. A pill, a shot, a fancy “hip harness” device like I’ve seen online. Once he’s up and going, he’s all puppy.

So, there’s a quick tour of the dogs I’ve known. I’m grateful to them for their uncomplicated dogginess and their unwavering love.

Being sick has made for a strange day. I was too miserable even to read, so I’ve been writing a little and dozing in front of the tv.

It wasn’t a great day to watch CNN. In between writing about dogs, I’ve been looking at pictures of kids in cages and listening to tapes of children crying for their parents.

The thing I remember best about my father-in-law was that he liked dogs more than people. On a day like today, it’s easy to see why.