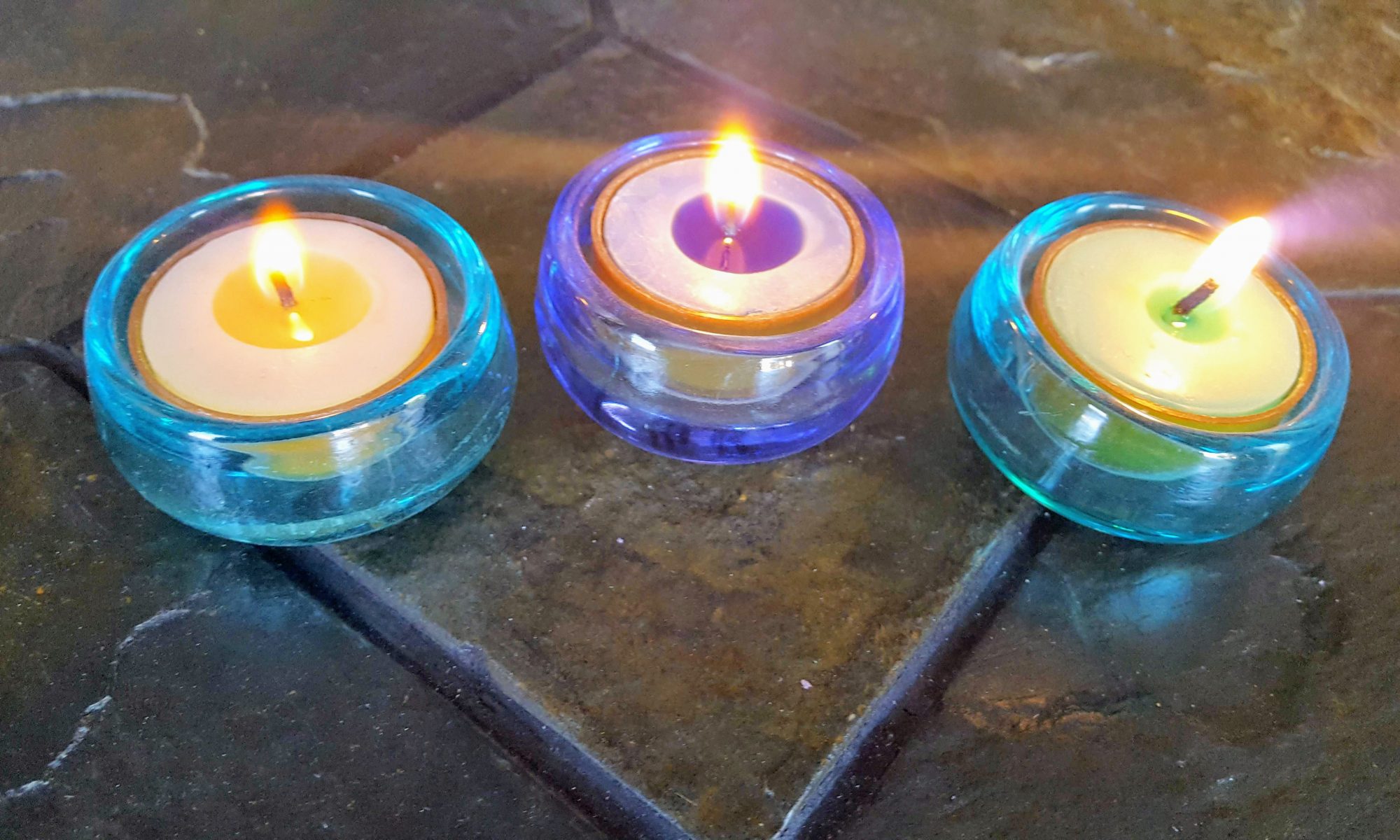 [This week, I’m posting a sermon I delivered at St. Michael and All Angels. Back to regular posts next week!]

Then I heard the voice of the Lord saying, ‘Whom shall I send, and who will go for us?’ And I said, ‘Here am I; send me!’

How many times have I said those words and made that gesture without thinking about it?

When Father Joe asked me to preach today, his email included this note, “Fair warning,” he said. “It’s Trinity Sunday.” To be honest, at first I didn’t really know why he was warning me. I guess I’ve never paid much attention to the feast of the Trinity.

So, I did what I often do when I’m confronted with mystery. I fired up my laptop and typed “preaching on Trinity Sunday” into google. I found things like “Dear Priests: The Top Five Heresies to Avoid This Trinity Sunday”; or this one: “It’s Heresy Sunday: Don’t Fall for the Trap”; and my favorite: “Tweeting Trinity: Because Heresy is Meh,” which unfolded as a series of 66 tweets. We’ll come back to #61 later.

I was starting to understand Father Joe’s warning,

so I made a snap decision. We’re not going to talk about the Trinity today. I’m going to leave deepening our understanding of the triune nature of God to the professionals.

Instead, I want to talk about Nicodemus and his conversation with Jesus in today’s gospel. Nicodemus is a Pharisee, a leader of the Jews. The Jewish Virtual Library describes the Pharisees as “blue collar Jews” who are the “spiritual fathers of modern Judaism.”

Nicodemus “came to Jesus by night,” presumably to avoid being seen. He starts the conversation with what seems to me to be an unequivocal declaration of faith.  “We know that you are a teacher who has come from God,” he says. That’s his going in position: knowledge–not suspicion, not curiosity, not hope. “We know,” Nicodemus says. “No one could do what you do without the presence of God.” Of course, he doesn’t say that Jesus is “the son of God,” but if I get sidetracked by that technicality, we might end up talking about the Trinity, and we’re not going to do that today. Suffice it to say that Nicodemus knows that Jesus has come from God.

The last thing Nicodemus says is “How can these things be?” I have been thinking that living in the space between those two comments— “we know that you are of God,” and “how can these things be?” — might define our lives as Christians. F. Scott Fitzgerald writes, “The test of a first-rate intelligence is the ability to hold two opposed ideas in mind at the same time and still retain the ability to function.”

It occurs to me that to call ourselves Christians

is to do exactly that: to declare our willingness to sit with mystery.

We know that Nicodemus is “astonished” by these words, because Jesus says to him, “Do not be astonished.”

But let’s leave Nicodemus with his jaw hanging open in astonishment for just a moment. I want to tell you about the butterflies. Not just any butterflies, but a few dozen specific butterflies hanging from the eaves at Bosque School about two weeks ago. On Wednesday morning, they began to emerge from their chrysalides. We watched in awe as each chrysalis first opened, as a new creature stepped gingerly into the world. They hung there for hours. While we watched, each butterfly unfurled one wing at a time, then the two wings would start to spread apart and stretch open. Finally, early that afternoon, the first butterfly stepped off the overhang and flew.

I couldn’t stop thinking about them. These beautiful creatures, (Cathy Bailey came by and told us they were mourning cloaks) have been here before. What I was witnessing wasn’t their first birth. They knew the earth first as something to crawl upon and now they know it as something to soar over. Maybe that’s what it’s like to be born from above, to be born of the holy spirit.

But we are not talking about the Trinity this morning.

Let’s get back to Nicodemus. In this country, we love to evaluate teachers. In that spirit, when Jesus turns to Nicodemus and says, “Aren’t you a teacher of Israel? I can’t believe you don’t understand this,” one might conclude that this wasn’t Jesus’ finest teaching moment.

Wouldn’t it have been nice if Jesus had said something like, “Oh, I see these metaphors aren’t working for you. Let me lay it out more simply”?

But far be it be from me, a person who is afraid to talk about the Trinity on Trinity Sunday, to rewrite Jesus’s lines for him. Instead, Jesus doubles down on the figurative language. He says,

“The wind blows where it chooses, and you hear the sound of it, but you do not know where it comes from or where it goes. So it is with everyone who is born of the Spirit.”

In other words, be willing to sit with the mystery.

The wonder I felt that Wednesday morning

watching the butterflies emerge and soar lasted exactly forty-eight hours. Friday morning, at work at Bosque again, the chrysalides were hanging empty from the eaves, and I started getting texts from my husband.  Sadly, you probably know where I am going with this. The names of the cities are starting to blur. That morning, it was Santa Fe, Texas where an angry young white man showed up at his school and started shooting. Two days ago, just before I left my house to attend a joyous graduation ceremony at Bosque, a seventh grade boy in Noblesville, Indiana, started shooting his classmates.

I find myself standing here before Jesus, among all of you, friends and fellow believers, and all I have are the words of Nicodemus. “I know you are from God” I repeat, almost like a mantra in the face of suffering, almost as though I am trying to convince myself. I know you are from God, I say. Yet “how can these things be?”

Nicodemus shows up two more times in John’s gospel. In chapter seven he reminds the chief priests that the law requires them to give Jesus a hearing before convicting him. Then, after the crucifixion, Nicodemus brings the burial spices and, with Joseph of Arimathea, wraps the body of Jesus in the burial cloths, and lays him in the tomb.

I have one more short story

to share with you this morning; my third, if anyone is counting. (Not that the number three has any special meaning to me today.) In between those two school shootings, while I was trying to write a sermon that either would or wouldn’t be about the Trinity, I met up with an old student to have a drink and catch up. He’s in his thirties and highly successful by any measure. As a person who served in the military doing dangerous work in Afghanistan, he has experienced more suffering and death than I likely ever will. Talking with him I was reminded of a time when I experienced a great loss. In 2011, a student I loved killed himself a few days before the beginning of his senior year.

In the wake of that loss, I was trying very hard to pretend I was fine. When people kept pointing out to me that I wasn’t, I finally went to talk to Brian Taylor. When even your priest tells you to talk to a therapist, you figure it’s time. My problem was that I had become terrified to love in such a fragile world. To heal, I had to remember to love anyway. I had to hold two opposed ideas in mind at the same time and retain my ability to function. I like to think that that’s what Nicodemus was doing as he laid Jesus’s body in the tomb.

So. If this had been a sermon about the Trinity,

But you would be wrong. The only thing I understand about how God the Father, the Son, and the Holy Spirit are one is that love wins. Tweet 61 from “Tweeting the Trinity because Heresy is Meh” says “So can we speak of God? Yes! (because of revelation). Do we know what we mean? No! (because what’s revealed is a mystery).”

What I have to say on this Trinity Sunday, on this Memorial Day weekend, is that all that I know about what I mean is that as Christians, we are called to sit with the awesome mystery of Christ’s redemptive love.

In the name of the creator, and of earthly beauty and pain, and of the mighty, mysterious power of redemptive love. Amen.

Happy Memorial Day weekend! This post is the text of the sermon I preached at St. Michael and All Angels this morning. (At some point, that link should take you to the audio version.) If you enjoyed reading my work, please feel free to share and to invite your friends to follow LiveLoveLeave.