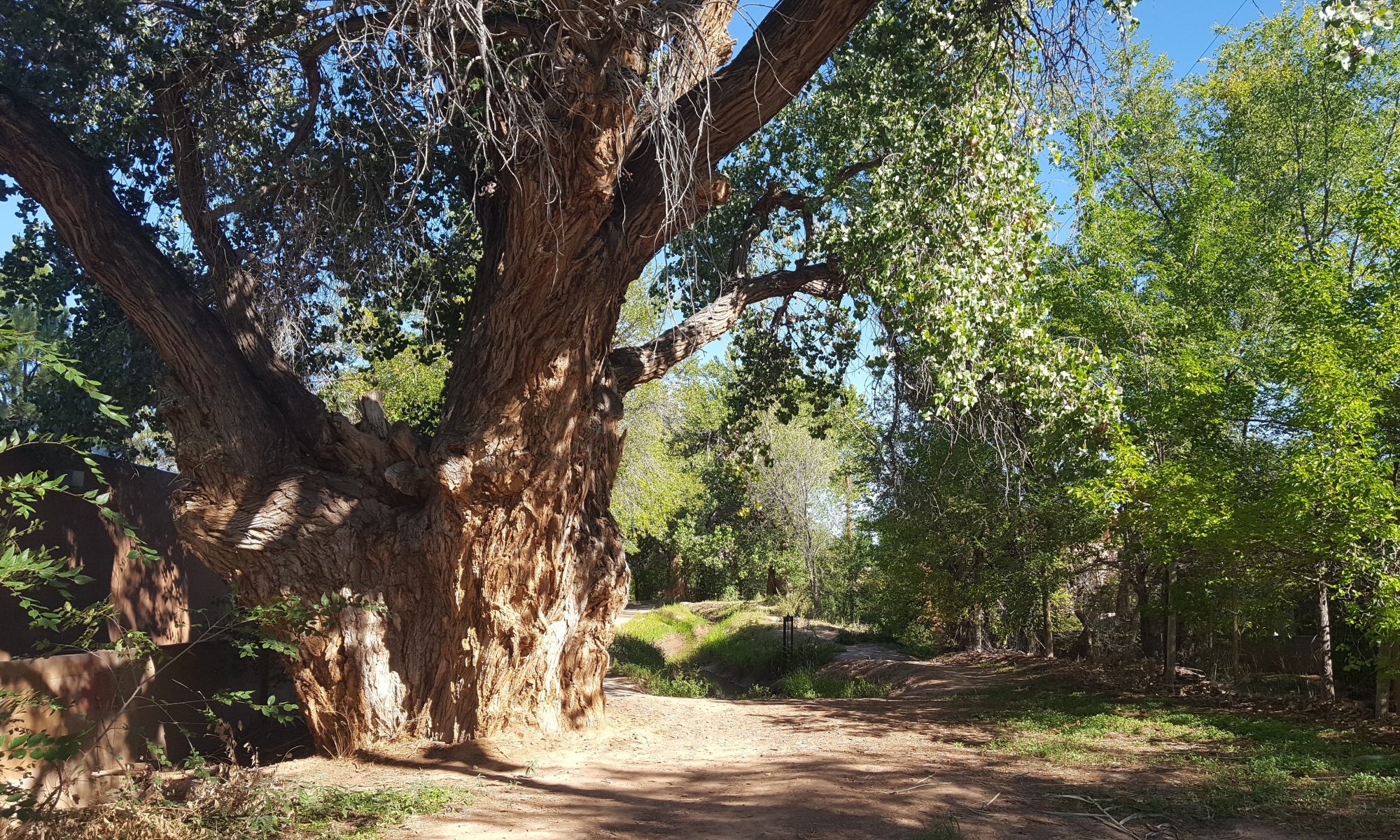 [What follows is the text of the sermon I delivered this morning at St. Michael and All Angels on the text of Mark 7. I’ll be back next week with a more typical blog.]

To be fair to Fr. Joe, every time I have preached he has asked me if I’d like to look at the scriptures for the upcoming weeks and choose a date. Every time, I have told him no, that I would be happy to speak on whatever date was convenient. Which is true. The opportunity to stand here and share my words with all of you is an incredible gift. But that’s not the only reason I have refrained from choosing: I have found it to be a powerful spiritual practice to grapple with the gospel of the day, however hard that sometimes is.

Which brings me smack into today. You heard what Jesus said. The Syro-Phoenician woman begs Jesus for help, and he says to her, “Let the children be fed first, for it is not fair to take the children’s food and throw it to the dogs.”

The first time I read this gospel having, remember, already agreed to preach on it, I slammed my laptop shut and said, “Are you kidding me?” There was one other word in that sentence, but I don’t think I should tell you what it was.

The second time I read the gospel, I decided I would just avoid that part. After all, there’s a lovely healing of a deaf man in the second paragraph. Jesus puts his fingers in the man’s ears and says Ephphatha, or “be opened”—surely there is enough metaphorical content in those two words to hang a sermon on.

We are not living in times when we have the luxury to hear a man call another human being a dog and pretend we didn’t hear it.

was to start re-reading the gospel of Mark from the beginning. Surely, I thought, I’ll find something there that helps me understand. In the first six chapters of Mark, I counted seven specific healing stories: Jesus cures a paralytic, a man with a withered hand, Simon’s mother-in-law who has a simple fever (there the text seems to suggest that they were hungry, and they needed her to be well so she could feed them), a demoniac, a leper, a woman who touches his cloak, and the daughter of Jairus.

And those are just the people who are named. In Mark 1, the “whole city” comes and gets cured; in chapter 3, we hear that he had “cured many,” and even in Nazareth, his home town where they don’t believe, he “lays his hands on a few sick people and cures them.” By the end of chapter six, even the disciples have started healing people.

And then, the Syro-Phoenician woman

I did some research to see what other people have said about this gospel. One writer suggested that the Greek word was closer to “puppy,” than dog, and somehow (I don’t remember the details of the argument) that was supposed to make it all better. Another emphasizes the fact that Jesus did, after all, come specifically for the Jews. Still others focus on the woman’s faith, and suggest that Jesus was simply testing her and had planned to help her all along.

In another era, I might have bought one of those explanations. Today, though, living right here in this particular time and place, that rationalization feels irresponsible. It is too easy to say, “Well, what Jesus meant when he said x was y.” or “By suggesting that healing her daughter would be throwing crumbs to a dog he wasn’t actually calling her a dog….” But I can’t do that. In these times, it feels particularly important to hold people to account for the words they actually say.

I found myself at that now-familiar moment, wishing I had opted to read ahead and choose a different Sunday.

I went back to the story.

The gospel tells us that Jesus “entered a house and did not want anyone to know he was there.” As I said before, Jesus had been very busy curing people. For this one moment, he wants to be alone. He’s longing for solitude. He wants to recharge, to rest, perhaps to pray. We’ve all had that moment.

And then one more hurting person barges in, demanding that he help.

In my idealized version of Jesus, he has infinite energy and infinite patience, and he leaps at the chance to give up an evening on the couch with his feet up to help this woman.

But we tell ourselves we believe that Jesus is truly human and truly god.

I think he has a “truly human” moment. He says something awful that he clearly doesn’t mean and quickly makes right.

I don’t know why the gospel writer chose to tell this story, but I think it shows how hard it is–for anyone–to love relentlessly in a broken world.  I think it shows that even the best of us inhale the stereotypes and slurs and the fears of “the other” that swirl around us every day.

A few Thursday nights ago,

four of us were walking out of choir practice together when a woman popped out of the bushes at the East end of the parking lot.

I can’t speak for my fellow travelers, but my initial reaction was to hope that one of them would answer her. She had sprained her ankle, she said, walking to the gas station to get a coke. She needed a ride home. She had one of those voices that suggested a hard life, a life quite different than my own.

I am nothing if not well-trained in distrusting “the other.” I didn’t believe for a second that she had sprained her ankle. I looked at this small, old-ish, utterly non-threatening woman with her large bag and wondered if she had a knife in it, or maybe a gun. Don’t get me wrong. I am all for helping people within the friendly confines of the church or in a time and place neatly designated for “serving the poor,” but this was a voice in the bushes in the night, and, almost as a rule, I fear those voices.

I think Jesus was tired,

and he snapped at the woman in words that came straight out of the world he lived in. If I’m honest, perhaps it is at precisely this moment when I can see myself most clearly in Jesus.

But, of course, that’s not the end of the story. The woman doesn’t go away, leaving Jesus alone for a long night of wishing he had treated her better. She has heard the stories. She knows who Jesus is. The gospel says she “bowed down at his feet” (you might even say she took a knee) and demanded better treatment. She said, “Sir, even the dogs under the table eat the children’s crumbs.”

As one of my grandkids might say, “BAM.” She demanded that Jesus behave as the best version of himself. She demanded that he live up to his own teachings. She held a mirror up to his words and gave him the chance to do better. The Syro-Phoenician woman, it turns out, is the person who taught me not to run away from this hard story.

my choir friends and I got it right in the end. We gave the woman who popped out of the bushes a ride home, and it turned out that her house was right on our way, and she didn’t have a knife or a gun in that big purse, or if she did, she decided not to pull them out to use them on us. “God bless you,” she must have said half a dozen times as she got out of the car. The irony was not lost on me.

So. I began by saying that grappling with hard scripture was a valuable spiritual practice, so it’s fair to ask where all of this grappling has gotten us.

Today’s gospel, I think, teaches us that it is hard, even for Jesus, to live in this world as a child of God. Every day we inhale air polluted by racism, misogyny, and the fear of the other. Not even Jesus, truly man and truly God, could remain entirely free from its influence.

I find that comforting.

We come together today, arm in arm with Jesus, as a people in need of healing. The Syro-Phoenician woman teaches us how to live as people of faith in a world that gets it wrong. She reminds us to speak the truth, to demand that our leaders and our institutions and even our God live up to the best versions of themselves.

On this healing Sunday, she reminds us to ask God boldly for what we need. She reminds us that the love of even a weary God is abundant, that even the crumbs have the power to heal.

As usual, if you enjoyed this post, please feel free to forward it to your friends and invite them to visit LiveLoveLeave. And don’t forget to use the comments or send an email to let me know you’re out there!

2 Replies to “The Syro-Phoenician Woman”